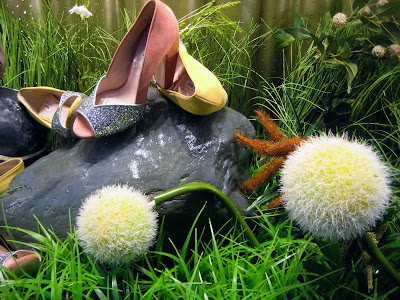 Since this new store opened over several months ago its has been quite difficult for us to make any positive comments about it.  With its huge mirrored Swans and subsequent Palm trees, it was clear that this brand know their target market, and what was also clear is that it wasn't us.  Anyway, we do actually like this scheme as it reminds us of that Kirsty MacColl song from her Tropical Brainstorm album........
I once met a man with a sense of adventure
He was dressed to thrill wherever he went
He said let’s make love on a mountain top
Under the stars on a big hard rock
I said in these shoes?
I don’t think so
I said honey, let’s do it here.
Need we say more? 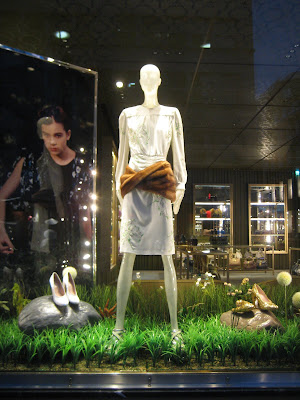