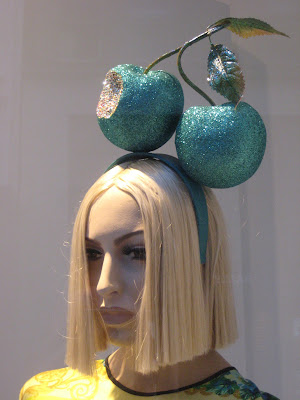 We've been waiting for the new Victoria's Secret store to open along Bond street just to see what they will do with the old Pringle site.  We're sure it will be quite spectacular.  In the meantime, opposite Fenwicks drew us in; not because of the scheme - they don't do anything sadly - but the merchandise is quite incredible indeed.  Giant fruit and out sized exotic flowers are just some of the spectacle to be seen here.  For a series of windows that have no scheme, this proved to be quite a draw......well until Victoria's Secret opens opposite and then we'll just keep passing Fenwicks until they do something interesting again. 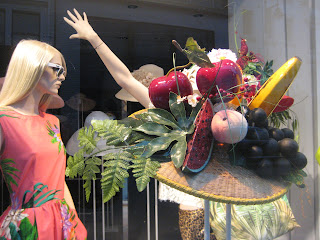