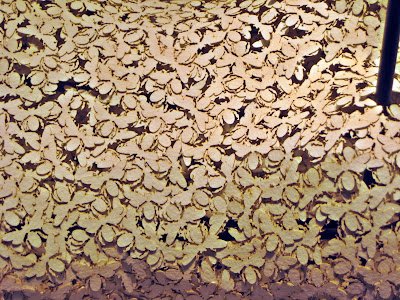 We rarely cover brands such as Chaumet as they don't tend to produce very much visually. In fact its over a year since we included them on this site, and only because their Dubai store shone like a beacon in the Mall of Dubai. Anyway, this incredible organic structure composed of what looks like moths / wasps or hornets is quite beautifully produced. Unfortunately it was late at night when we recorded this so as there have been a few smash and grabs along Bond st. where this is situated it was clearly wise not to leave precious jewellery within easy reach of whatever criminals use to smash these kind of stores. But anyway, a refreshing view none-the-less. 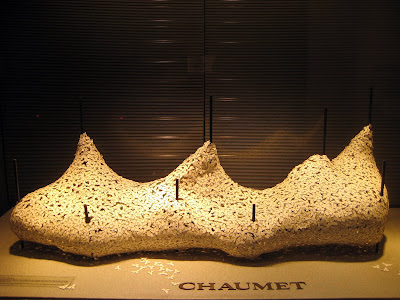